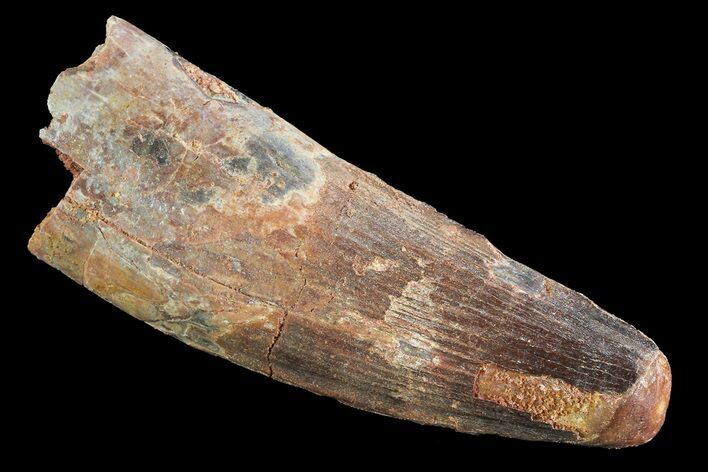 The enamel on one side of this tooth is in excellent condition, however the opposite side has multiple locations where the enamel has chipped. There is also a repaired crack towards the root of the tooth, including feeding damage at the tip.