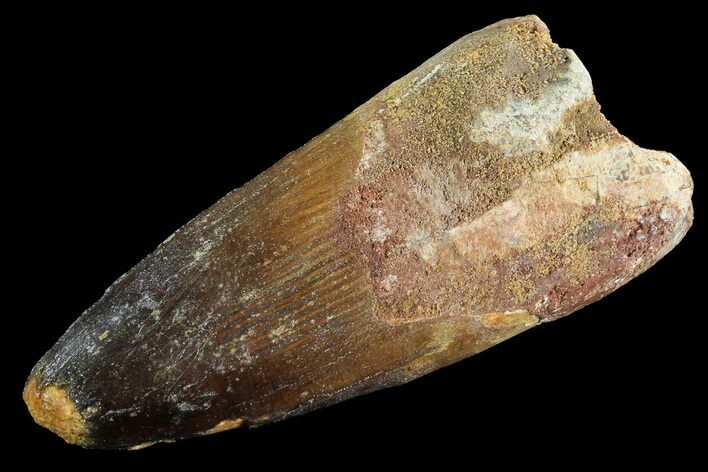 The enamel on this tooth is in good condition, though there are sections where it has chipped away towards the tip..