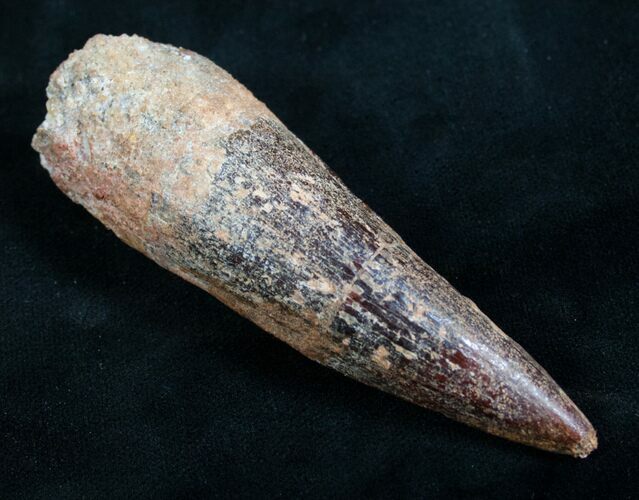 At 3.48" long this is a pretty large Spinosaurus tooth, only about 5% of the teeth I'm able to acquire are over 3 inches. The enamel is in decent condition, and there is a partial root still preserved. There are two repaired cracks but no restoration. It's very solid, and is an impressive tooth to handle.