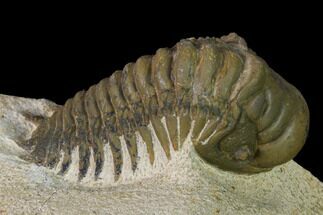 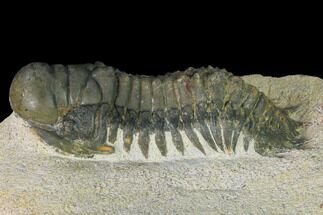 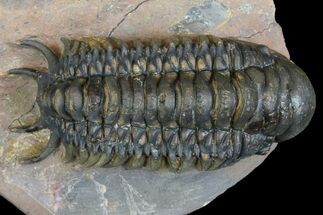 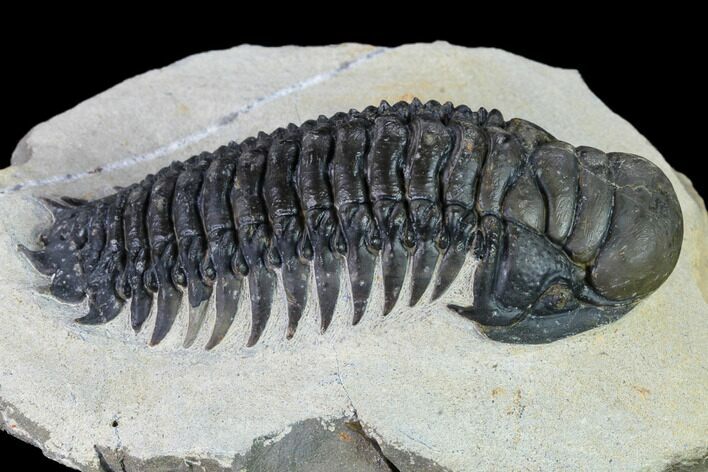 This is a large, 3.6" long, trilobite (Crotalocephalina gibbus) quarried from the Lhandar Formation near Atchana, Morocco. Excellent shell preservation and preparation. There is about 2-3% shell restoration on this trilobite. 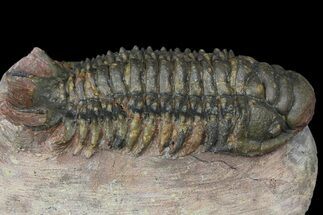 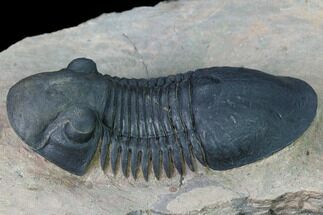 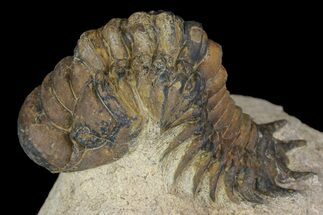 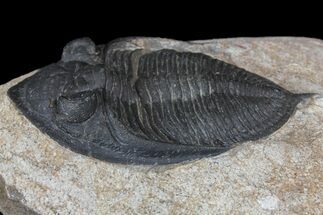