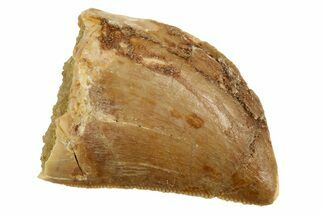 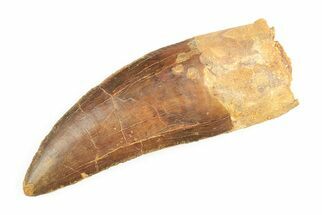 This is a 3.61" long tooth a Spinosaurus, the largest known meat eating dinosaur. It is from the Kem Kem Basin in Morocco and is Late Cretaceous in age, approximately 95 million years old.

This is a large tooth with almost no wear to the tip which is unusal. The enamel in great shape too, though there still is some rock attached to the tooth which would be hard to remove without damage. There is one crack repair near the the tip but that is it. 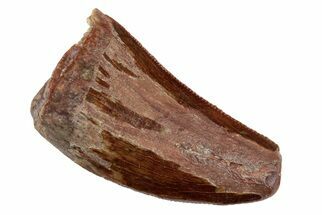 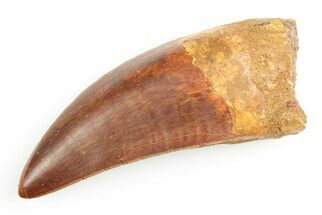