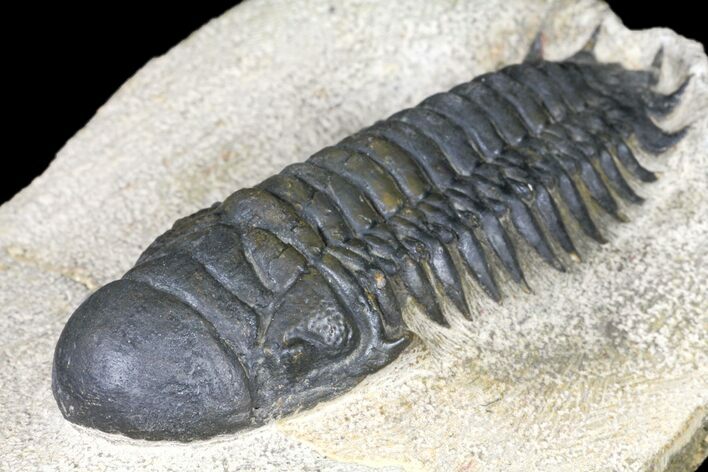 This is a large, 3.65" long specimen on Crotalocephalina gibbus from Atchana, Morocco. It's nicely outstretched. There is some shell restoration on the front of the head, hence the bargain price.