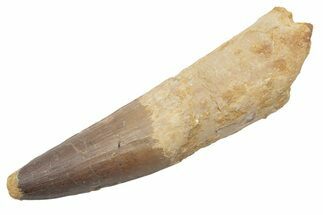 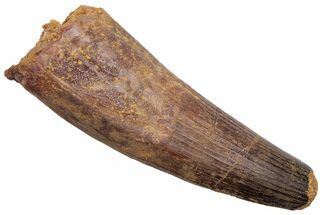 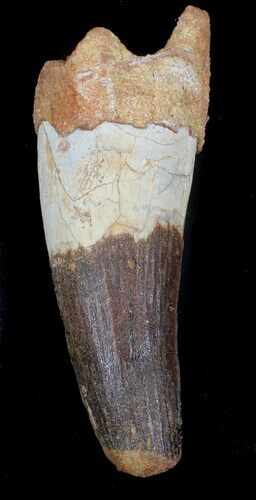 This is a large, 3.75" long tooth a Spinosaurus, the largest known meat eating dinosaur. It is from the Kem Kem Basin in Morocco and is Late Cretaceous in age, approximately 95 million years old.

At 3 3/4" inches this is a large tooth and unlike most large teeth is not a composite. The tip has been worn down due to natural feeding. It has nice enamel preservation and a significant portion of root still present. One repaired crack and some stabilization to the root area. 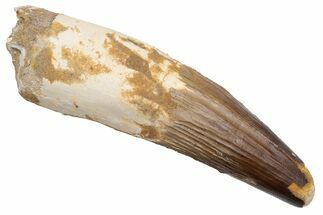