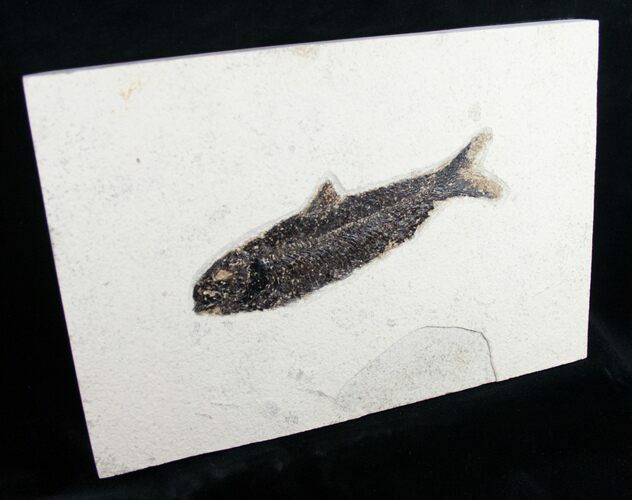 This is a very large example of a 50 million year old fossil herring from the Green River Formation of Wyoming. The species is Knightia eocaena and it was collecting at Warfield's Quarry near Kemmerer. It's nicely preserved with great detail including fins and scales. This specimen comes from the 18" layer of the quarry which produces much darker colored fish with better preservation than the split fish layers. It is nicely centered on a rectangularly cut, thick slab of matrix which would be suitable for framing. 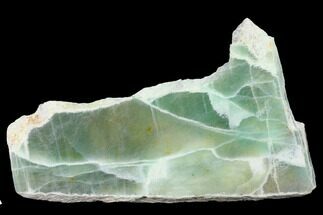