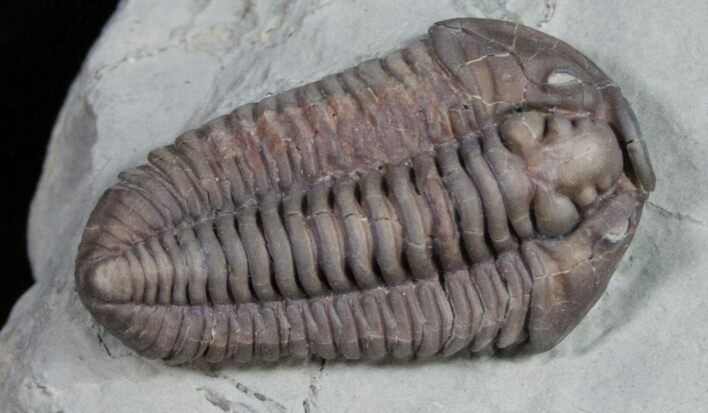 This is a large and very inflated Flexicalymene retrorsa trilobite fossil from the famous trilobite beds at Mt. Orab, Ohio. It has been prepared under microscope using air abrasives to bring out all of the detail. This specimen is laid out perfectly prone and in great condition. It's very large for Flexicalymenes from this location, probably in the top 1% size wise. There is about 5% shell restoration on the left hand side of the thorax where a crack ran through the trilobite.