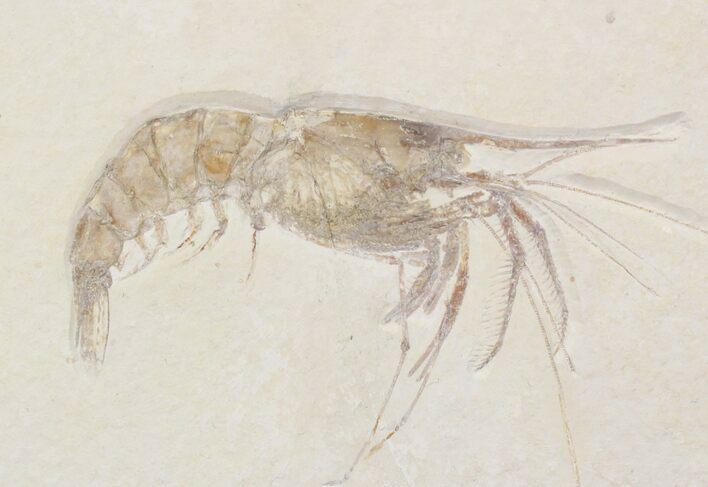 This is an exceptionally preserved fossil shrimp (Aeger tipularius) from the 155 million year old Solnhofen Limestone of Germany. When you include the antenna it's over 5" in length when you include the antenna, the body would be about 3" if it was outstretched. The detail on this specimen is amazing, and unlike many of the shrimp fossils from the Solnhofen the details aren't simply painted on.

The fossil is nicely centered on a rectangularly cut, 11x7.5" slab of matrix. There is one repaired crack running through the center of the slab, but the repair was well done and it's difficult to notice.