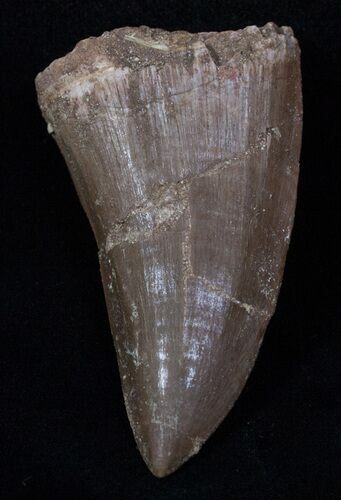 Out of over a hundred individual Mosasaur teeth I got in bulk, this one is the largest (not measuring ones roots). It has been prepared completely free of the surrounding matrix. There is two repaired cracks but it does not detract from the size of this tooth.These teeth are found in the Oulad Abdoun Basin of Morocco during phosphate mining operations and are Upper Cretaceous in age.