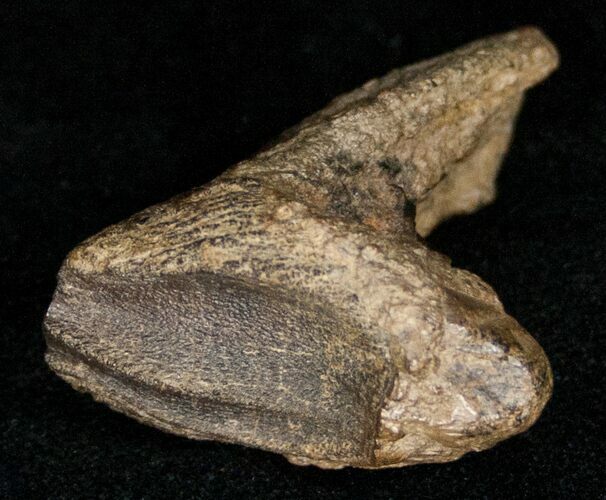 This is a large rooted tooth of Triceratops horridus, one of the most recognizable dinosaurs of all time. It's not only large but in great shape exhibiting very little feeding wear and the many of the carina serrations are still visible. It comes from the 66 million year old Hell Creek Formation in Powder River County, Montana.