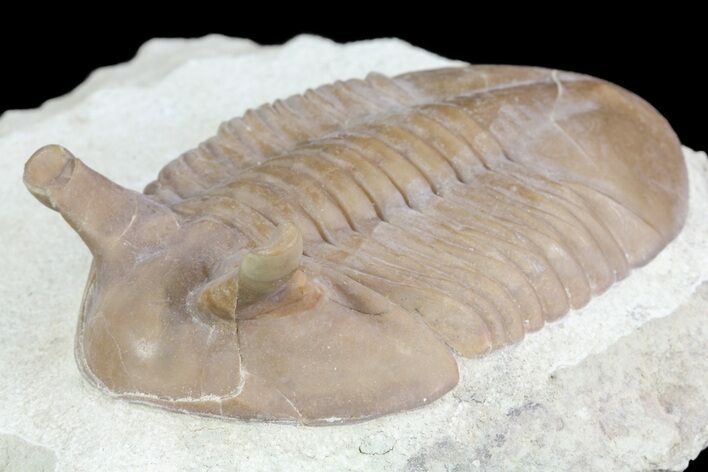 This is a large example of the stalked eyed trilobite Asaphus punctatus. At 3.4" long it quite large for the species, is laid out nice and prone and is beautifully preserved. The preparation work to remove the limestone surrounding it was very well done. It comes from the Gostlitsy Quarry in the St. Petersburg region of Russia.

There is no restoration on this specimen.