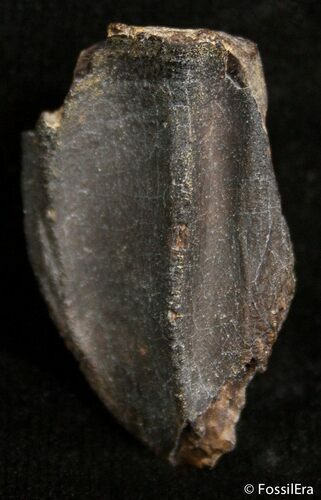 This is a very nice and large unworn Triceratops tooth from the Hell Creek Formation. The vast majority of triceratops teeth found are worn teeth that have been discarded during the dinosaurs lifetime. This tooth is relatively unworn so it's unlikely to be a tooth which was discarded.