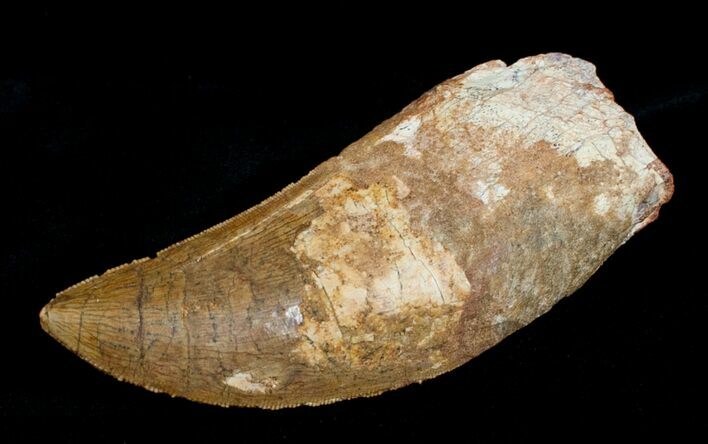 This is a massive 3.35 inch long tooth from the gigantic, meat-eating, theropod dinosaur, Carcharodontosaurus. Often referred to as the "Moroccan T-Rex" this monster is one of the largest know theropod dinosaurs.

This tooth is nicely shaped, very thick and the serrations on BOTH edges are in good shape. Like most Carcharodontosaurus teeth on the market there are some repairs and restoration. There a couple of gap fills on the tooth mostly near the base and some patches of missing enamel where the white colored core of the tooth shows through. The core of teeth from the Tegana formation is typically an ivory white color due to them being replaced by a phosphate based mineral. This restoration is why such a impressive theropod tooth is being offered at an affordable price.