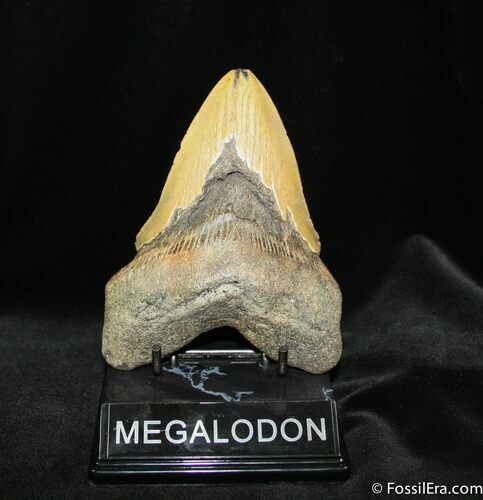 Here's a 5.24 inch long Megalodon tooth that would have come from an adult, prehistoric shark over 40 feet long. It's a impressive tooth with good coloration, a very large rooth and some natural feeding damage to the tip. This would have belonged to a true terror of the ancient seas around 5 million years ago. It displays very well on the included "MEGALODON" stand.