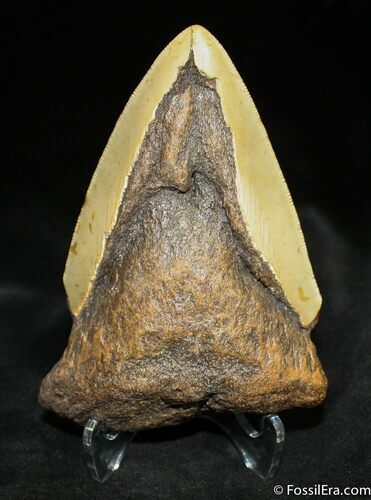 Here's a 4.58 inch Megalodon tooth from the Hawthorn Formation of South Carolina. The root and center enamel on the blade is pretty rough but it has great serrations and a nice tip to it. This is a very inexpensive 4 1/2 inch Meg tooth that despite it's flaws is still pretty impressive.