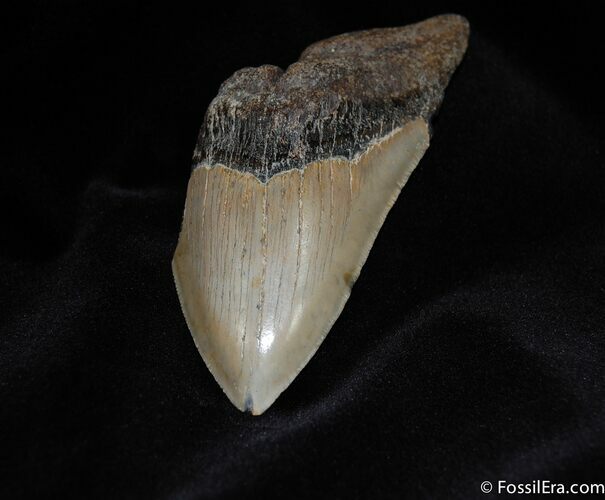 Here is a partial 5 inch tooth from a full size adult Megalodon. This 50+ foot shark would have been a true terror of the seas 5 million years ago. This tooth has great color, some serrations still present and some natural feeding damage to the tip from munching on it's prey.