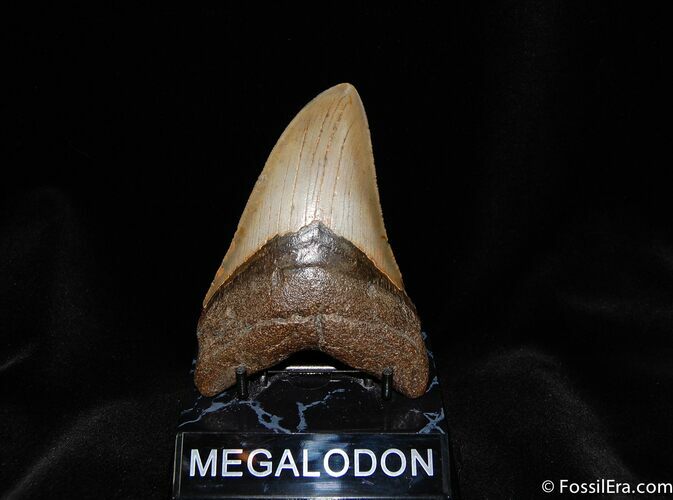 This is a sweet four inch Meg tooth from off the coast of either North or South Carolina. It's a beautifully preserved tooth with no restoration or repair and displays very well on the included stand.