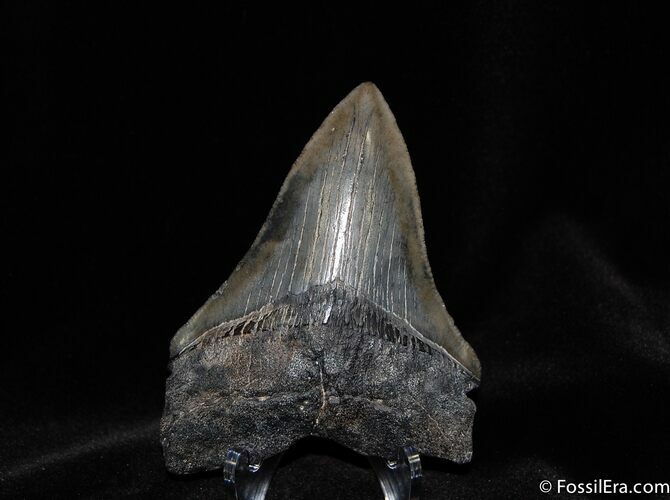 Here is a nice 4.08 inch Megalodon tooth collected near Pendleton, NC. This would have come from an adult shark, probably in excess of 40 feet in length, a true prehistoric monster. It has a very nice blade, tip and serrations still present. It comes with a stand to help show off how impressive it is. 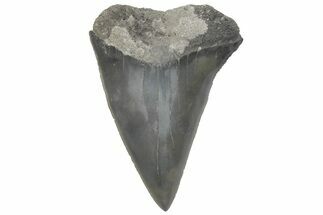