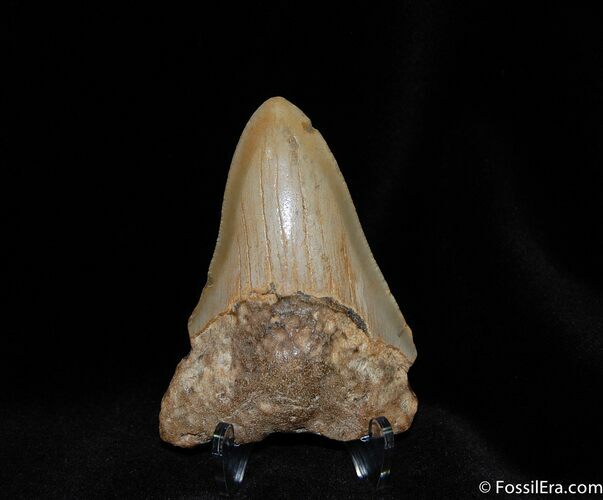 Here is a nice 3.61 inch tooth from the prehistoric, whale eating, mega-shark the Megalodon. It's got a beautifully colored blade and great serrations. The tip has natural feeding damage from when the shark was snacking on it's prey. It displays very well on the included plastic stand and would look great in any fossil collection or make a great gift. 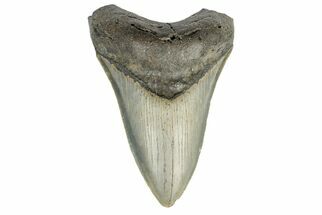