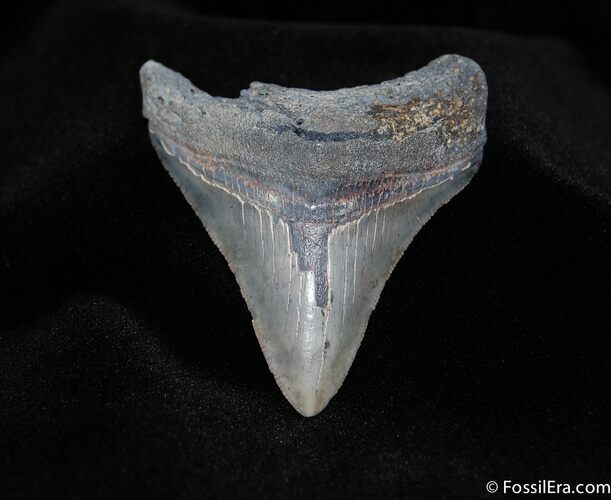 Here is fossil tooth from a young megalodon. The coloration is great, it has a nice tip and the serrations are still visible and sharp to the touch. It displays nicely on the included stand and is a nice specimen of this ancient, mega-shark.