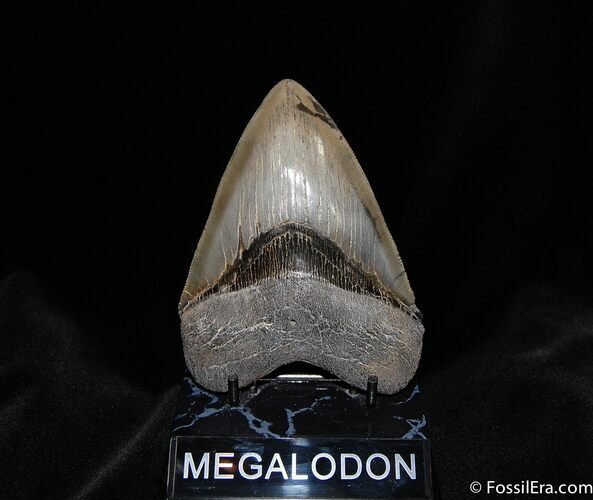 Here is a large 4.81 inch, COLLECTOR QUALITY, upper Megalodon tooth from a river near Beaufort South Carolina. This tooth is nearly pristine with a large beautiful blade, very robust root, good serrations and a nice tip. Please review the pictures carefully to see the true quality of this tooth.

They really don't get much better than this, and this tooth could be the centerpiece of a collection. It displays nicely on the "MEGALODON" stand that it comes with.

There is absolutely no repair or restoration on this tooth.