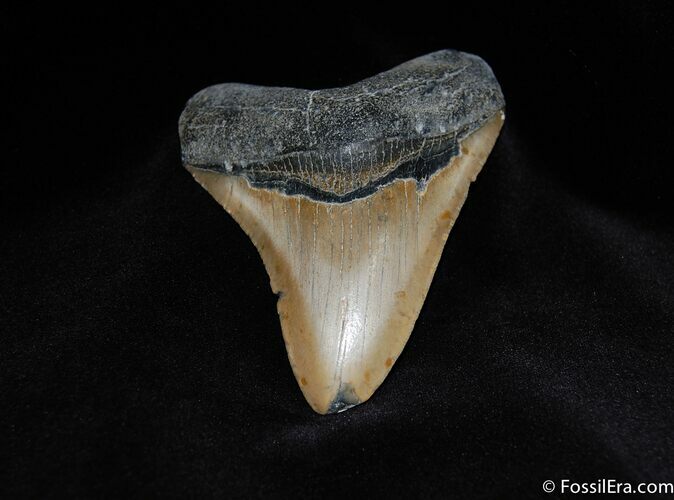 Here is a nice 4 1/2 inch tooth from the prehistoric, whale-eating shark, Megalodon. It's nice and complete with good coloration, a nice root and just some natural feeding damage to the tip. The tooth displays well on an included plastic stand and would make a gift sure to impress.

This tooth has no repair or restoration.