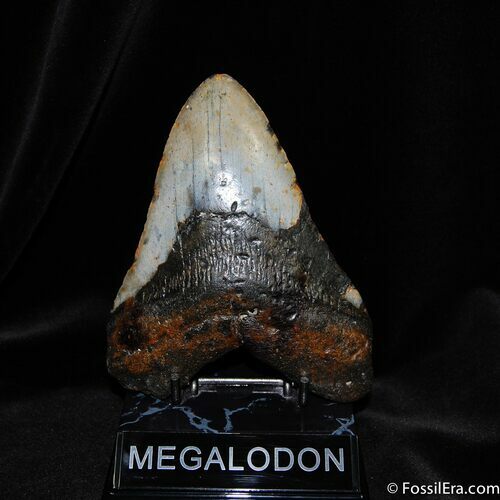 This is a very large 5.48 inch tooth from the ancient, whale eating, mega-shark the Megalodon. It was collected by a diver off the SE Atlantic Coast after it had eroded out of the 4-7 million year old Hawthorn Formation. It's a inexpensive example of a 5 inch meg tooth which also displays well on the included stand. 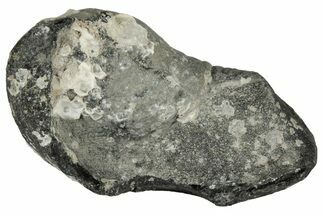 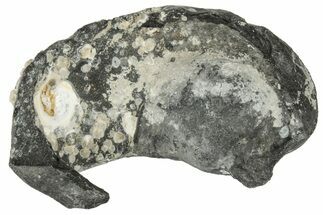 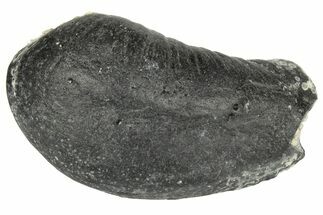