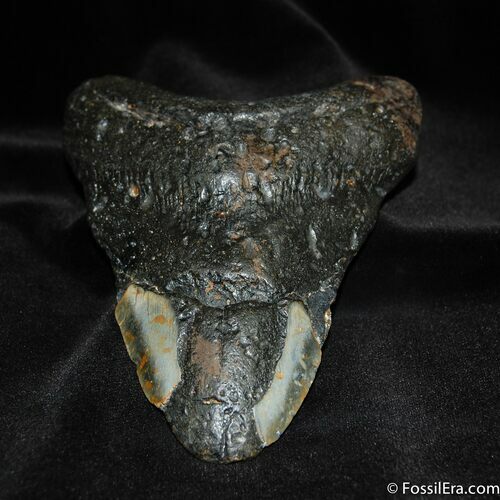 Here is a large 5 1/4 inch tooth that would have come from an adult Megalodon shark. It would have likely been a 40+ foot shark, a true terror of the seas 5 million years ago. This tooth is rough, but still a very impressive specimen.