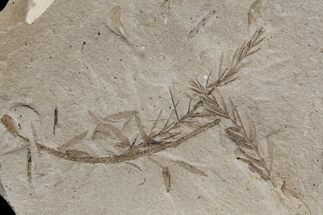 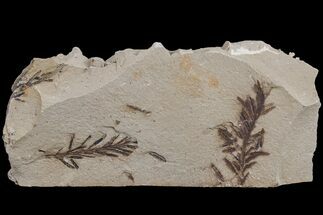 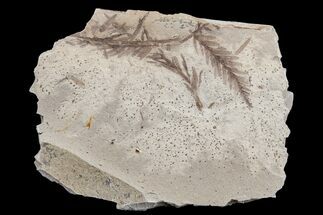 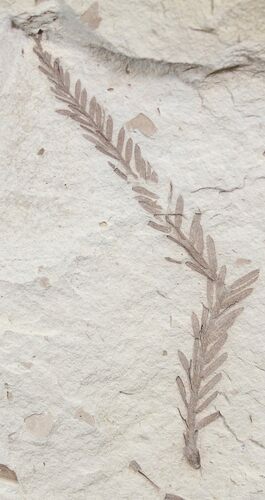 This is a well defined 2.2" long Metasequoia (Dawn Redwood) fossil from Montana. It is Oligocene in age and the dark preservation contrasts well against the light colored shale.

The Metasequoia genus was considered extinct until a living population was discovered in China in 1941. This makes the dawn redwood a classic example of a living fossil. This matrix has two separate specimens, the larger one being 2.2" and the smaller one 1.2".
SOLD
DETAILS
SPECIES
Metasequoia (Dawn Redwood)
AGE
Oligocene 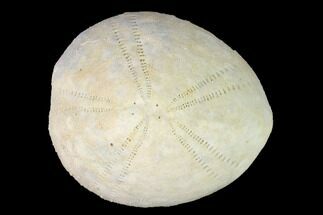 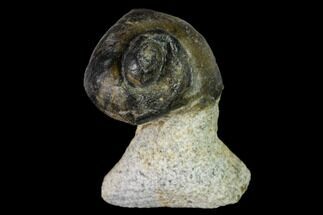 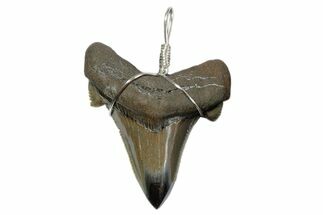 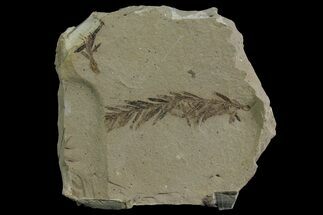