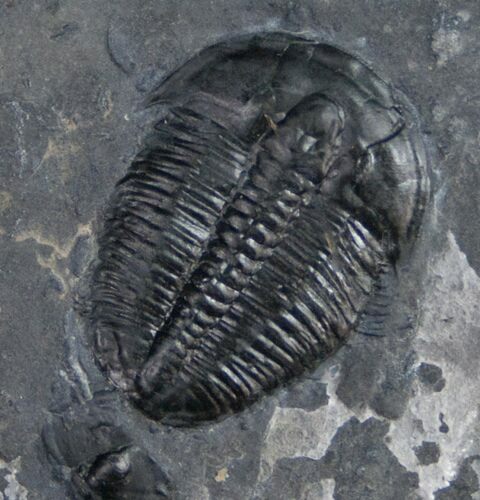 This is a well preserved Elrathia kingii trilobite from the 505 million year old Wheeler Shale of Utah. It's still embedded in the original shale it was found in. This fine specimen has been cleaned with air abrasives under microscope which while more time consuming yields superior detail to how the quarries clean most of these trilobites.