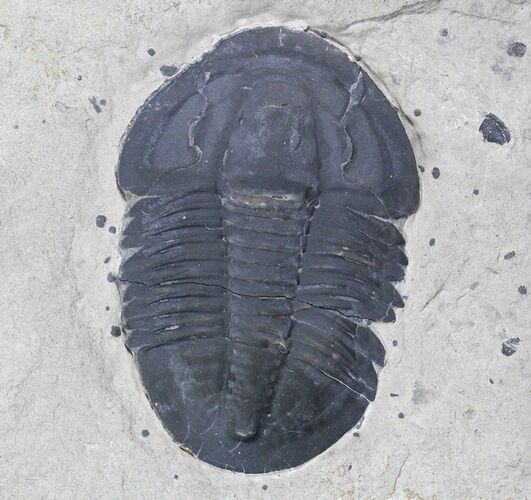 Here is a nicely preserved Asaphiscus wheeleri trilobite from the Wheeler Shale of Utah. It was collected from the U-Dig Quarry in the House Range and was cleaned under microscope using air abrasives. It's nicely centered on a light colored piece of shale and comes with a display stand.