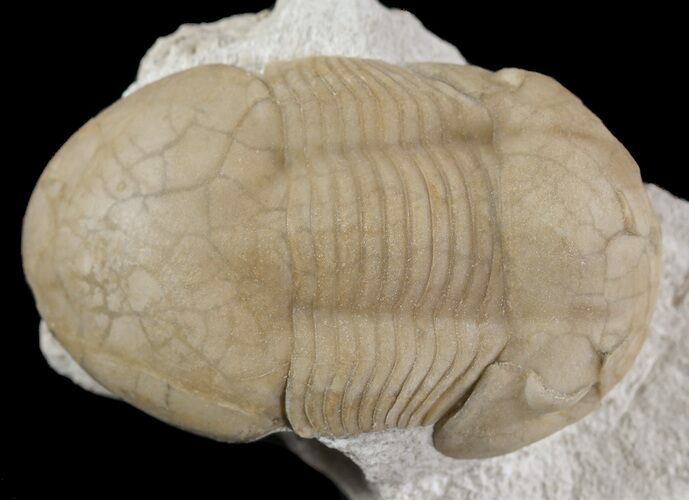 This vey nice, 1.6" long Caudillaenus oblongatus trilobite from the St. Petersburg region of Russia. This specimen is beautifully preserved and has less than 1% shell restoration, along the repaired crack through the tail.