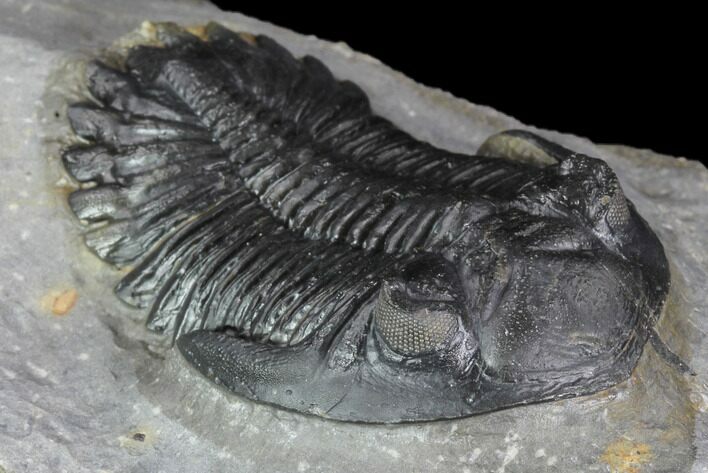 This is a beautiful, 2.25" long example of the trilobite Hollardops merocristata from Ofaten, Morocco. It's nice size for species, very 3D, has great shell quality and preparation. Only about 1-2% shell restoration along the repaired cracks. 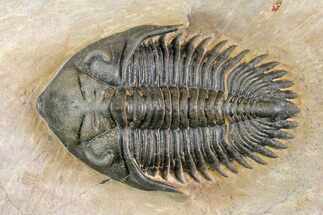