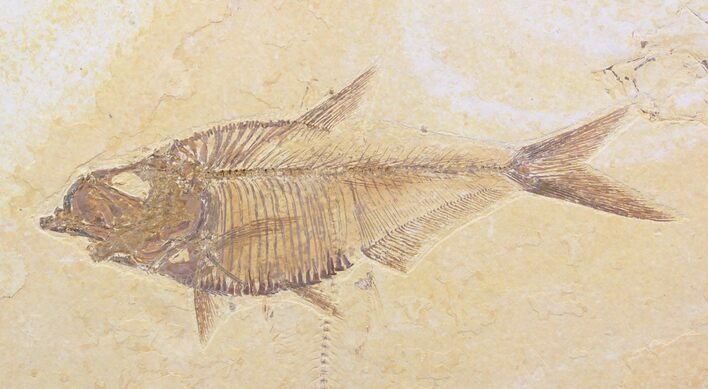 Here is a fine quality, 5.4" long Diplomystus fish fossil from Warfield's quarry near Kemmerer, Wyoming. It's from the Green River Formation and approximately 45-50 million years old. It displays well on the included acrylic display stand. 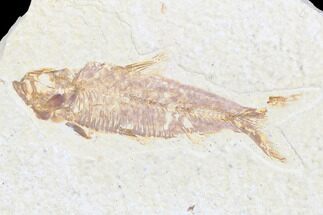 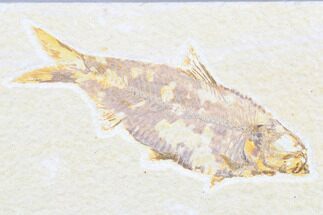 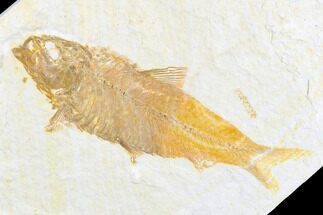 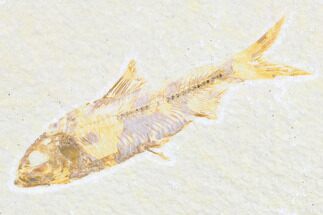