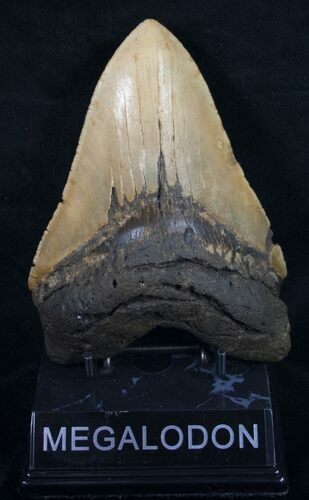 This is a very large, 5.61" long Megalodon tooth collected from the North Carolina coast. A tooth of this size would have come from a massive prehistoric shark in the area of 45 feet in length. To compare the largest modern day great white sharks are just over 20 feet. This tooth is complete with just some minor chips to the side of the blade and small enamel peels. The serrations are mostly still visible and it has a nice tip with very little feeding wear. It comes with a custom Megalodon stand to show it off.