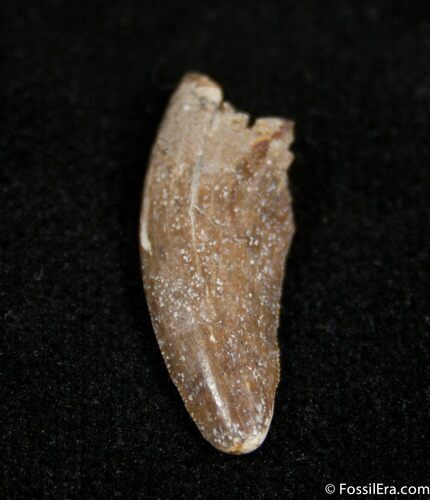 This is a nice long tooth coming from a dromaeosaur, often referred to as a raptor. It comes from the Cretaceous aged Hell Creek Formation of Montana.

The tooth has nice enamel preservation. The tip is a little worn due to natural feeding wear. It was found complete underground so it has no restoration or repair work done to it.