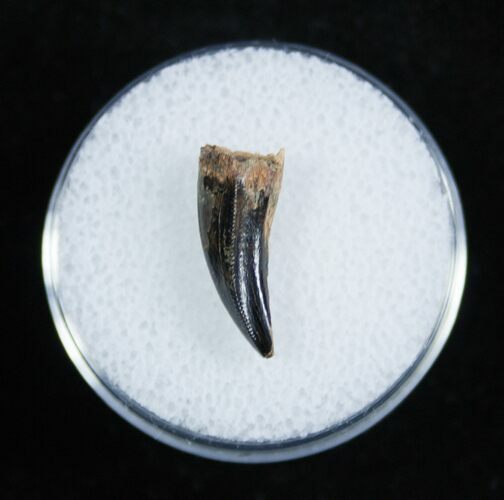 This is a nice Dromaeosaurus (raptor) dinosaur tooth from the Hell Creek Formation of Montana. It's approximately 66 million years in age and has nice enamel preservation present on one side though most of the enamel is missing on the backside. Check out the quality of the serrations on the front.