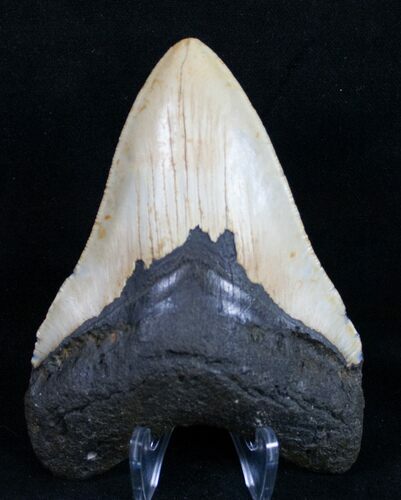 This is a nicely shaped 4.37" long tooth from the prehistoric monster shark, the Megalodon. It comes from the Hawthorn Formation in North Carolina making it somewhere in the area of 5-10 million years old. A tooth this size would have come from an adult shark approaching 35 feet in length, a true terror of the ancient seas. The serrations are worn but most are still visible and the enamel is in nice shape. It comes with the pictured display stand. 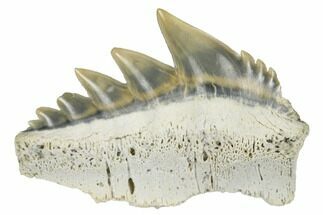