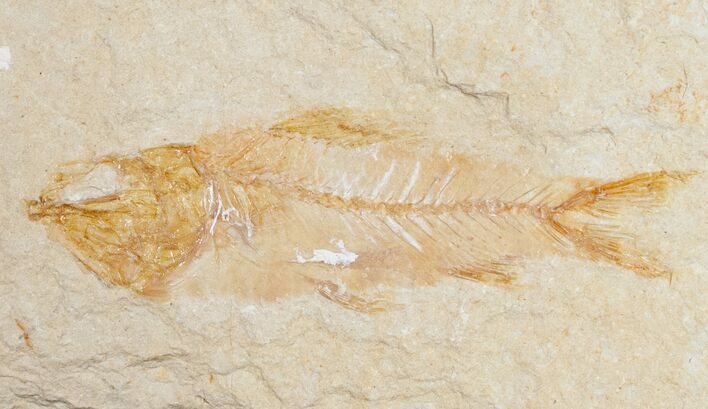 This is a nicely preserved, 1.8 inch long Armigatus from the Upper Cretaceous deposits of Lebanon. The orange coloration on this specimen is gorgeous and it shows well against the light colored matrix. It comes with an acrylic display stand.

Armigatus is the most common fossil fish from the deposits of Lebanon. It was a fairly small schooling fish, averaging about 2 inches in length. It was originally described as Clupea, then as a species of Diplomystus before it's current name of Armigatus.