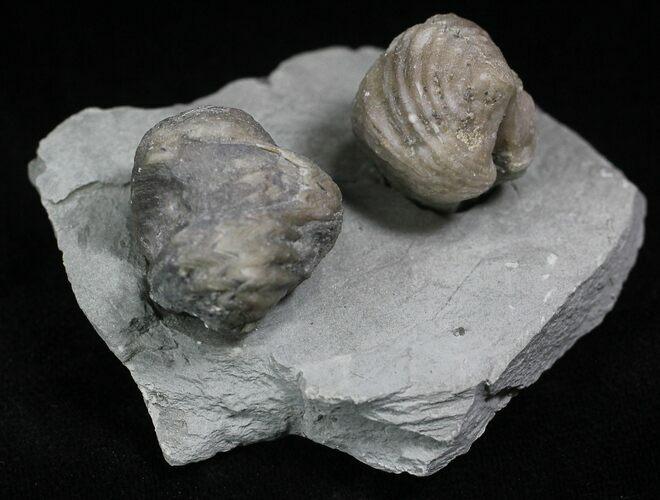 This is a pair of well preserved brachiopod fossils of the species Platystrophia acutilirata from the Liberty Formation of Indiana. They were prepared to remove the rock surrounding them and then remounted on a piece of shale from the same formation to create a nice display.

Brachiopods are more closely related to Bryozoans than Mollusks. The easiest differences to identify are in the shells of clams and Brachiopods. Mollusk shells are divided into left and right while Brachiopod shells are divided top (dorsal) and bottom (ventral). The shells of mollusks are usually equal on the right and left. In Brachiopods, the bottom shell is larger than the top. The other big difference is in how they feed. Both are filter feeders but mollusks extend their filter into the water and pull food into its shell. Brachiopods have internal feeding structures. Water is drawn into the shell where the food is filtered out before expelling it out.
SOLD
DETAILS
SPECIES
Platystrophia acutilirata
AGE
Ordovician 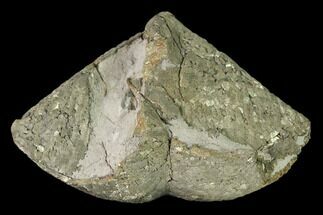 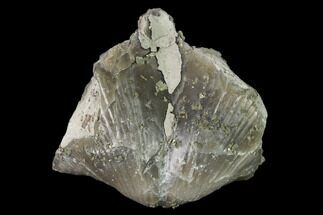