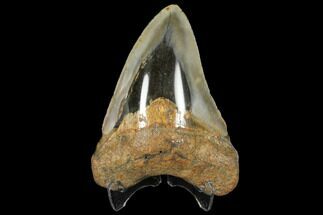 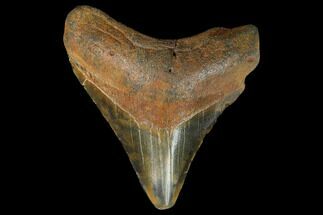 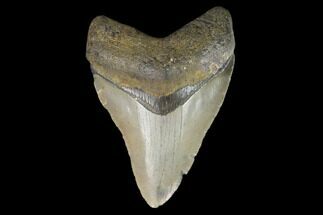 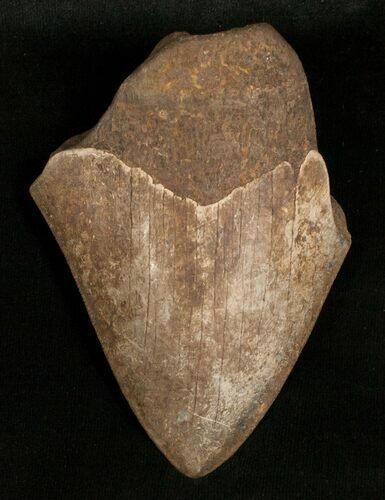 This is a 3/4 complete 3.7" long tooth from the prehistoric, mega-shark, the Megalodon. It is a river find from Georgia, hence the brown color from the minerals in the water. It would have eroded out of the Hawthorn Formation making it 4-7 million years old. 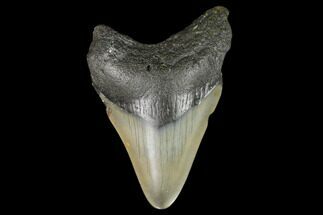 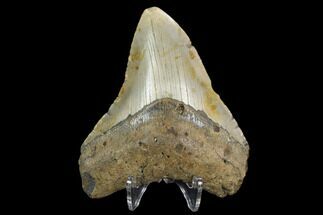 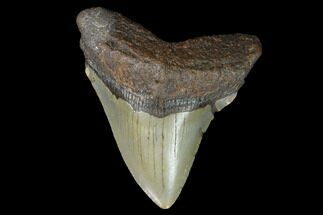