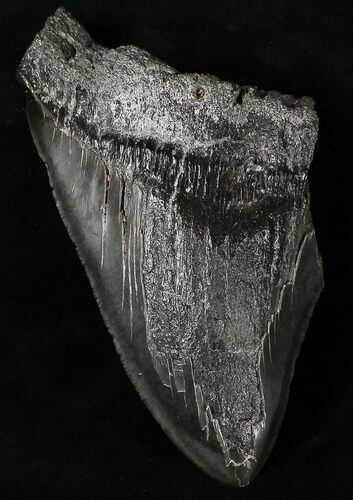 This is a partial 4.6" long Megalodon tooth collected off the South Carolina coast. Based on the tooth size it would have come from an adult Megalodon shark, probably in the 40 foot size range. Comes with the pictured display stand.