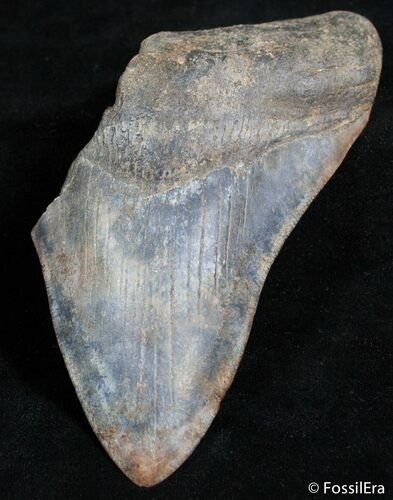 It's really too bad this tooth wasn't complete as it's quite large a 4.93 inches. It was collected in georgia and has a nicely shaped blade with just part of the right hand side of the root missing.