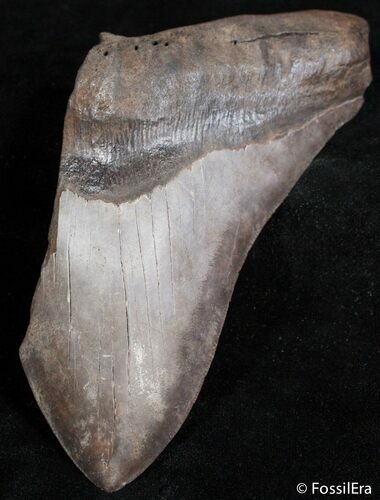 It's really too bad this tooth wasn't complete as it's a monster at 5 1/2 inches in length. Just the partial weighs half a pound. It has a nice shaped blade and the serrations while worn are still visible. This would have been a $500+ tooth if complete.