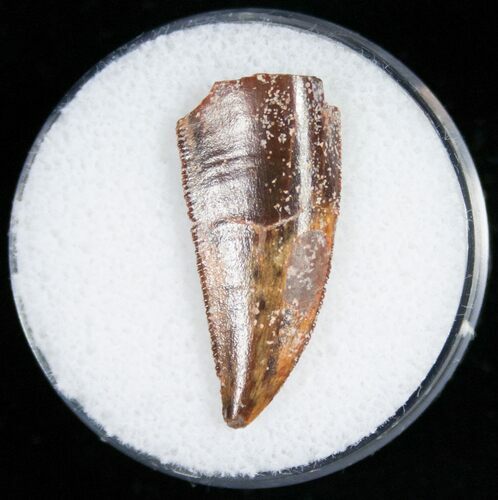 This darkly colored tooth has nice serrations and a sharp tip.