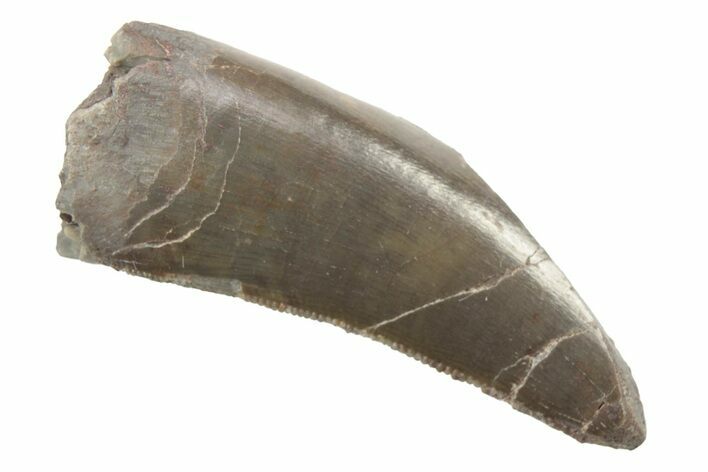 This is a rare, 1.12" long Megalosaurid (Marshosaurus bicentesimus) tooth collected from the Morrison Formation. It comes from our partner's private quarry East of Dinosaur, Colorado. The tooth exhibits nice enamel and fine serrations. It has been completely removed from the sandstone it was found in. This specimen has some repaired cracks and areas of wear on the blade. 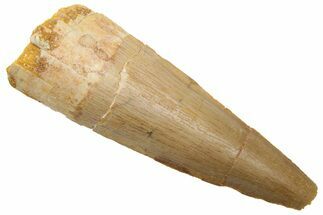 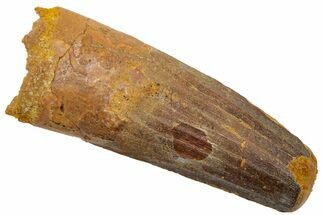