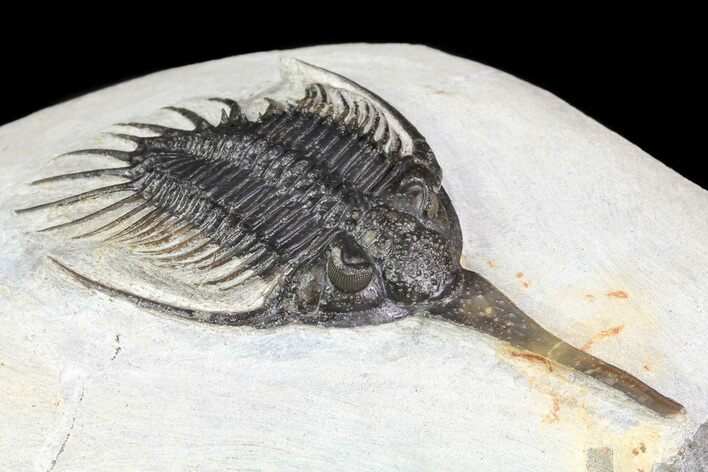 This is a rare Psychopyge termierorum collected near Mrakib, Morocco. It's related to the more frequently seen Psychopyge elegans which comes from Issimour but has a much longer rostrum. The specimen including it's extended rostrum (which is natural) is 3.7" long. Great eye facet detail in both eyes and nice preparation.

The tips of a few tail spines on the right hand side have been restored and the left genal spine maybe a composite but it's hard to tell for sure. The price is significantly reduced because of this.