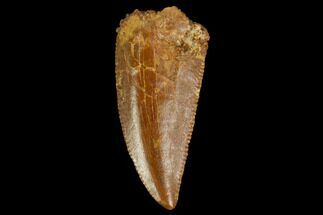 This is a pendant featuring an authentic tooth of the massive, theropod (meat-eating) dinosaur Spinosaurus. It's a small tooth about 1.8" long and would have come from a juvenile of the species. These smaller, isolated Spinosaurus teeth are relatively common fossils in the Kem Kem Beds near Taouz, Morocco. Spinosaurus like all dinosaurs shed it's teeth pretty frequently as it grew or they became worn. It also had a lot of teeth in its mouth and must have been a pretty abundant dinosaur because it left a lot of teeth in the fossil record.

Note: There are several repaired cracks in the tooth but it shouldn't affect the stability of the tooth. 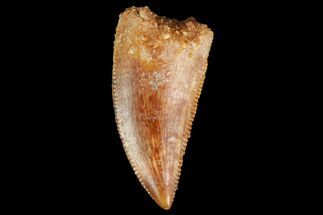 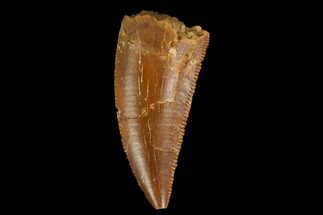