This robust, 2.71" long tooth of the gigantic predatory dinosaur Carcharodontosaurus saharicus. This massive theropod often gets compared to T-Rex but is actually thought be larger.

The tooth is very robust with nice looking enamel. The serrations are pretty worn and there are a couple of repaired cracks, with minor gap fills. 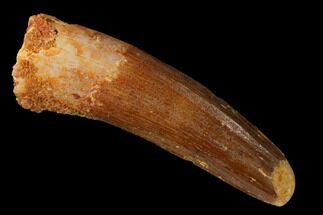 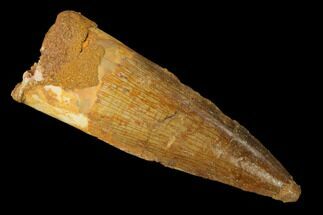 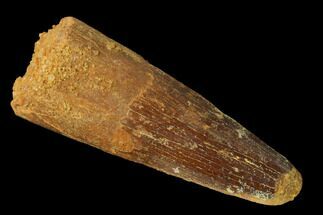 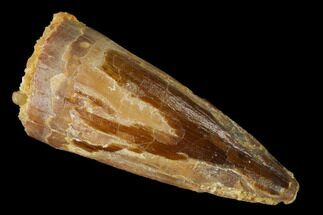 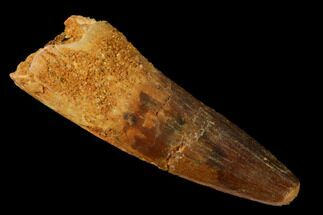