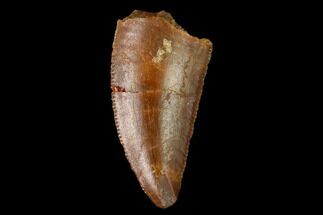 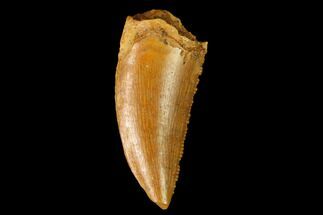 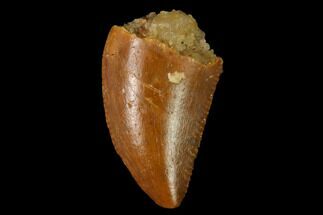 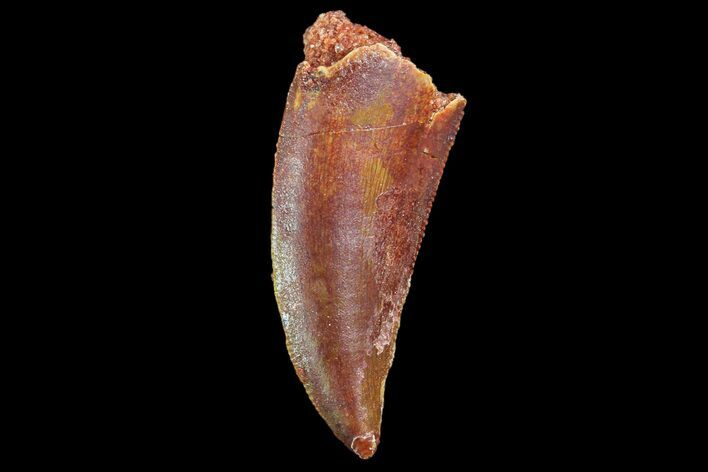 At over an inch long this tooth is very large for these typically small theropod teeth. It has nice enamel and serrations. There is one repaired crack in the lower half of the tooth. 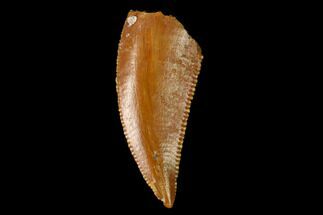 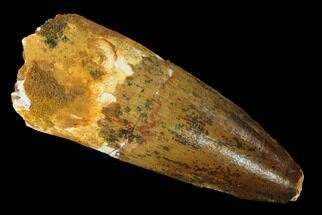