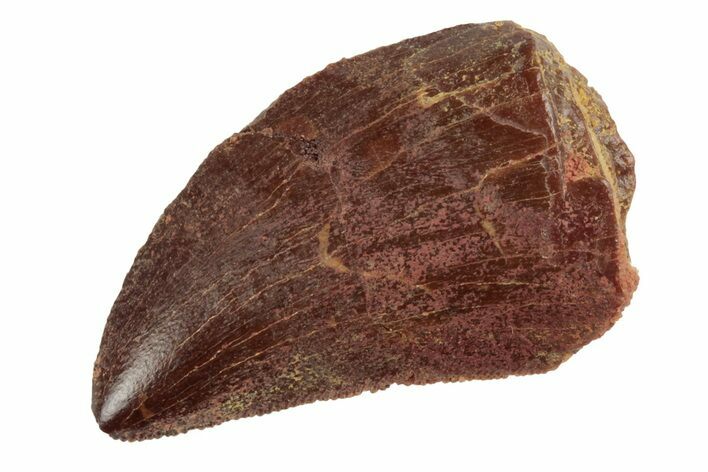 The tooth has fine serrations along both edges of the blade. There is a crack repair with gap fill in the middle of the tooth. 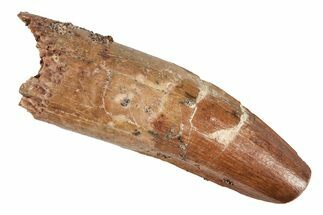 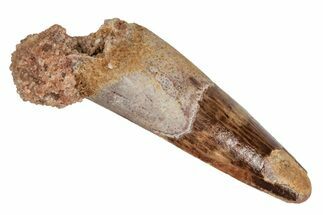 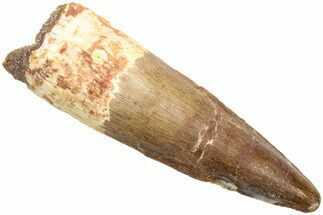