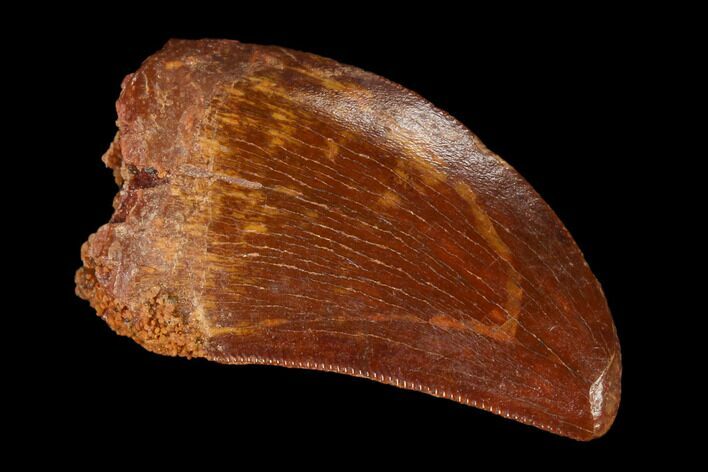 Given the size of the tooth it likely came from a juvenile or sub-adult. There is some feeding wear to the tip and some gap filling to the base of the tooth on one side. 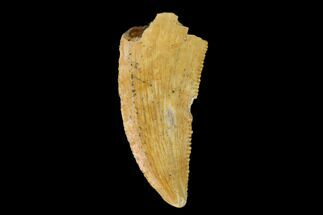